I performed Mele Kalikimaha for my Christmas episode of the Ukulele Cover Challenge 2012 (UCC2012).


My version isn't awesome (it's short, badly recorded, and I make mistakes), and it's almost entirely based on this version I found on YouTube:


I did have to reverse-engineer the chords and tabs that were being used, and I figured I'd post them here. They're simplified from those in the original YouTube video (that I got them from) because I couldn't get the chord transitions learned for the other version and sing at the same time in just a week. 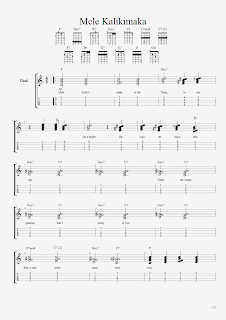 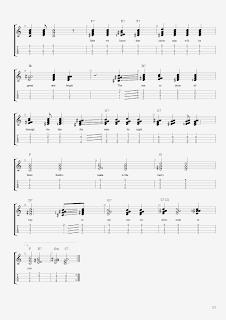